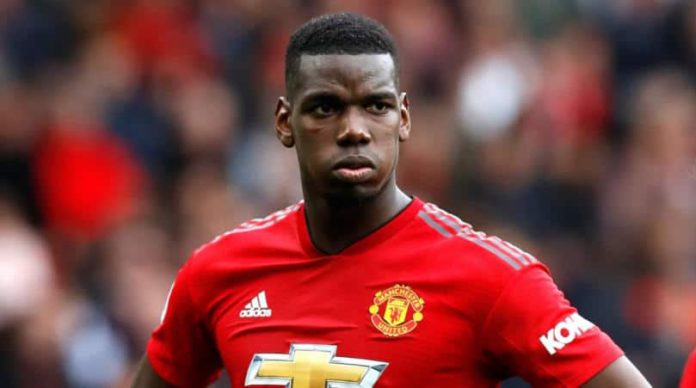 Italian publication Tuttosport have claimed that Manchester United are ready to offload Paul Pogba to Italian champions Juventus this winter. The Old Lady are said to be offering a sum of £53.1m, and Emre can play in lieu for the Frenchman.

Pogba joined United for a club record £89m deal in the summer of 2016. However, the 26-year-old has failed to live up to the expectations in a faltering Red Devils squad.

Pogba at the center of a controversy last summer after he publicly revealed his intention to leave Manchester United this summer. His agent Mjno Raiola also echoed his desires.

This season, the Frenchman was out of play due to a knee injury since September. He made his comeback in United’s recent 2-0 loss to Watford.

In the meanwhile, Juventus midfielder Emre Can is growing increasingly frustrated with the bit-part role under Maurizio Sarri in Turin. The former Liverpool man is looking to embrace the exit door at the Juventus stadium in search of more playing time. Indeed, the 25-year-old has only appeared seven times for the Bianconeri this term.

Manchester United boss Solskjaer is doing everything in his reach to keep hold of Pogba. He has already made his intentions known, saying that the World Cup winner won’t be sold any time soon.

“He’s not getting sold in January, no,” he explained.

“He’s training but he’s not been training with us for long. He’s training, and that’s a step forward for us.”

“Yeah, of course (I understand all the interest around him) because he’s a fantastic player, a charismatic personality and for us, we’re happy that he’s here.”

“We know that we’ve got one of the best players in the world when he’s playing well when he gets fit.”