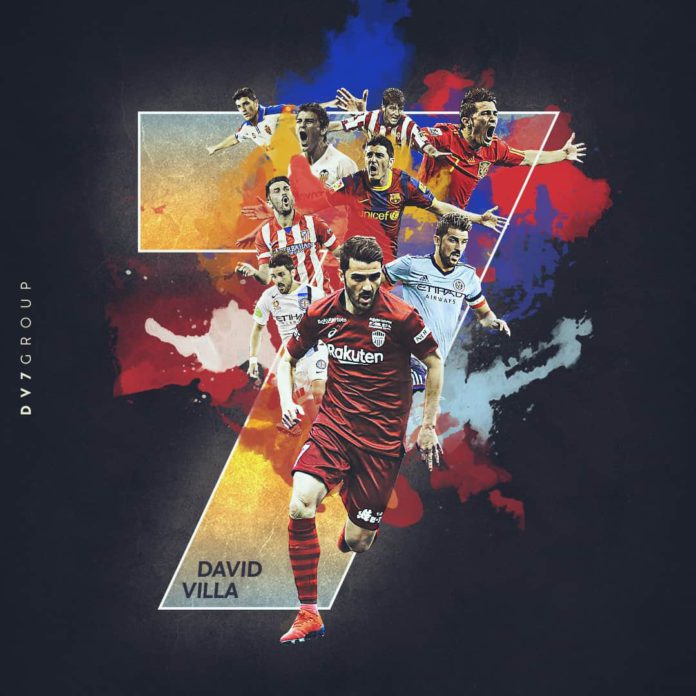 Spanish Footballer David Villa Announces retirement at the end of Vissel Kobe’s season. Right Now is at age 37, and playing for Vissel Kobe.

Villa was also part of Spain’s world cup winning squad in 2020. He is Golden Boot owner of European Championship in 2008, while helped La Roja to win that championship.

He also played alongside Messi, in Barcelona and won two La Liga titles, and champions trophy.

After 19 years as a professional, I have decided to retire from playing football at the end of this season. Thank you to all the teams, coaches and teammates that have allowed me to enjoy this dreamed career. Thank you to my family, that has always been there to support me. pic.twitter.com/E82vb3tNwT

In his 19 years of a football career, he played in Spain, Australia, Japan and America.

After the retirement, he planned and confirmed to become a lead investor in a new club in the USL Championship.