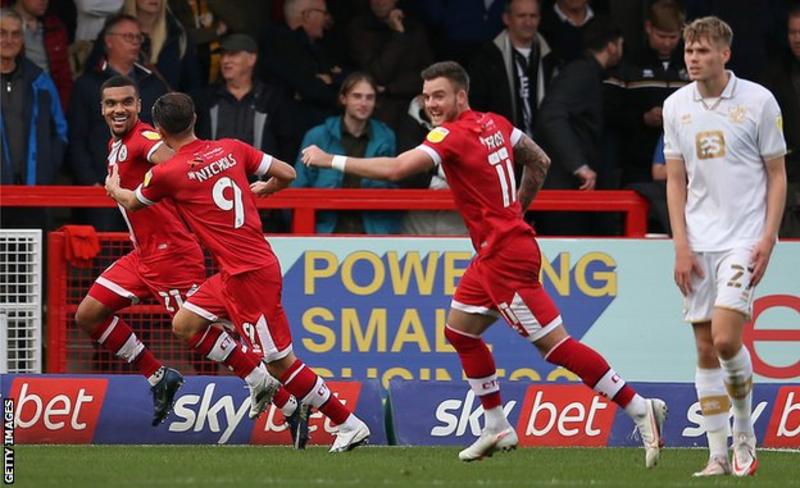 They refer to themselves as “the football team of the internet” and have goals of making it to the Premier League by reimagining what they refer to as the “broken” and “legacy” model of club management.

Wagmi United, an American group who have recently purchased Crawley Town from League Two, are true storytellers if there ever was one.

Crawley’s new owners believe they have everything in place to become the “transformative sports success story of Web 3.0,” despite the fact that their initial effort to purchase their way into English football with fellow fourth-tier team Bradford City failed in December 2021.

Wagmi’s acquisition of Crawley, a West Sussex club that debuted in the Football League in 2011 and has never been higher than the third tier, was completed with the help of conventional financing back in April. However, what the company plans to do next is quite different: it intends to leverage the volatile cryptocurrency world and build a decentralised community of supporters while it propels a relatively undersized team all the way to the very top.

And things are already beginning to change as a novice group of football owners begin their trial with their newly formed squad.

Wagmi United co-founder and recently appointed Crawley co-chairman Preston Johnson was one of the individuals that assisted in the development of a company known as Pixel Vault in the year 2020.

Pixel Vault identifies itself as a “intellectual property creation group focused on elevating crypto-native assets” in its website’s about section.

Pixel Vault is responsible for transactions totaling around $200 million worth of cryptocurrencies and got an investment of $100 million from venture capital firms in February.

It’s possible that Punks Comic was able to attract a global community of interested collectors who appreciated the comic for its creative worth. It’s possible that value increased as a result of the buzz surrounding trading in NFTs, which is a market that’s extremely dangerous and unregulated.

When it came down to it, “the story” was the deciding factor for Johnson.

“We brought in this fantastic illustrator who’d worked with DC and Marvel to flesh out the punks’ personas and to show them in comics and other media,” he recalls. “This incredible illustrator had worked with both of those companies.”

“That was the spark that ignited the whole thing,” the man said.

In addition, he is of the opinion that Crawley Town may achieve the same level of success by utilising a combination of narrative and digital conjecture.