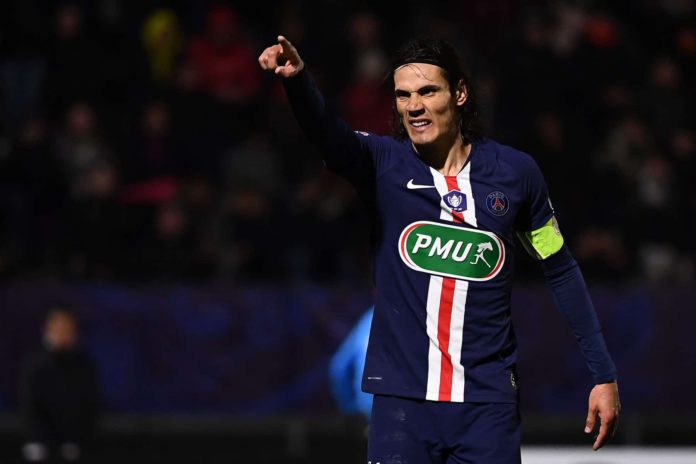 Premier League giants Manchester United and Chelsea are interested in signing Paris Saint Germain outcast Edinson Cavani. It has been said that Spanish outfit Atletico Madrid have already reached a pre-agreement with the Uruguayan, but the deal is yet to take a rock-solid shape which is why the Red Devils and the Blues are trying to scupper it.

Cavani joined PSG in 2013 from Napoli. In seven years with Les Parisiens, the 32-year-old has scored an impressive 196 goals in 290 appearances. However, the arrival of Mauro Icardi in the summer coupled with a string of injuries has limited his chances on the playing field.

The Uruguayan international’s contract is set to expire this summer, which has made him one of the best free agents up for grabs this June. Atletico Madrid have been touted to complete the deal for Cavani, but with United and Chelsea now showing interest, the chase is set to intensify.

Frank Lampard is set to enter the transfer market with a mammoth budget after the Blues had their two-window transfer ban uplifted by the Court of Arbitration. It appears that the Englishman is keen on adding more firepower to the attack, given that Olivier Giroud is close to leaving the Stamford Bridge.

Meanwhile, Ole Gunnar Solskjaer is said to be planning a massive overhaul at Old Trafford. The Norwegian is currently looking to sign a midfielder in the light of injuries to Paul Pogba and Scott McTominay.

However, the Red Devils are also said to be scouring the market for a striker who can deliver consistently. With Erling Braut Haaland now having signed for Borussia Dortmund, Edinson Cavani remains the next best option United can turn to.

It remains to be seen which club the 32-year-old joins as the season ends.