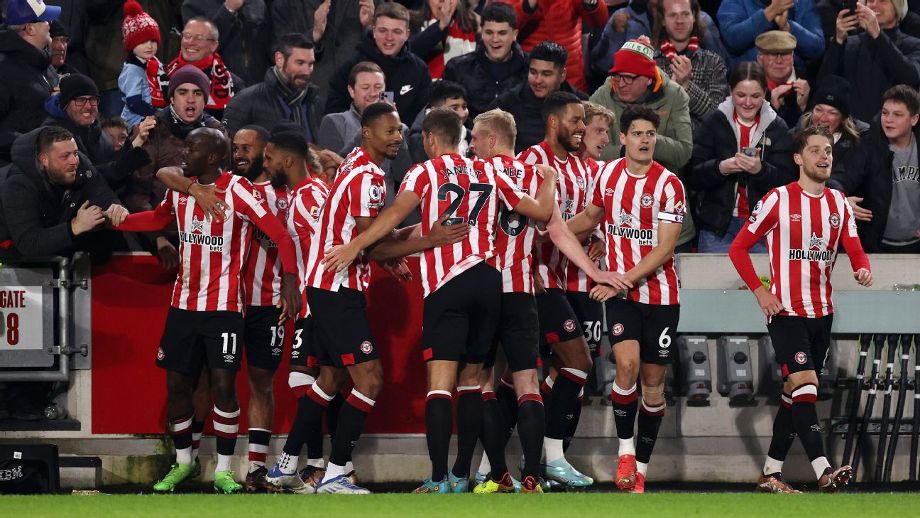 Brentford achieved a major upset by defeating Liverpool in the Premier League on Monday, marking their first win over the Reds since 1938. The match, played at the Community Stadium, saw Brentford take the lead in the 19th minute when Liverpool defender Ibrahima Konate scored an own goal. Yoane Wissa then doubled Brentford’s advantage before halftime, though the team had two goals disallowed by VAR reviews in the first half.

Alex-Oxlade Chamberlain scored for Liverpool early in the second half, but Brentford’s Bryan Mbeumo ultimately secured the win with a third goal. The victory moved Brentford up to seventh place in the table with 26 points from 18 games, while Liverpool saw their four-game winning streak come to an end and remained in sixth place, 15 points behind first-place Arsenal.

This win was just the latest in a series of upsets for Brentford, who had previously defeated Manchester United 4-0 at home in August and triumphed over Manchester City 2-1 in November. It was a historic victory for the team and will be remembered for years to come.