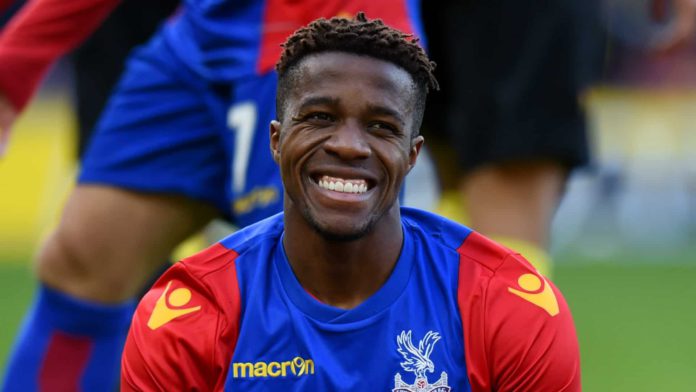 According to reports from Sky Sports, German Bundesliga giants Bayern Munich are the latest party to show an interest in signing Crystal Palace winger Wilfried Zaha. The Bavarians are yet to completely replace the legendary duo of Franck Ribery and Arjen Robben, who parted ways with the club this summer.

Zaha’s wish to win major honours has already highlighted by the fact that he appointed super-agent Pini Zahavi after firing his long term agent Will Salthouse. The proposed report of Bayern’s interest in the Englishman comes just 72 hours after the appointment.

Zaha first came into the limelight in 2013 as a prodigious 18-year-old footballer at Crystal Palace. His talents saw him become the last signing Sir Alex Ferguson recruited at Manchester United in the summer of the same year.

However, a lack of playing chances coupled with constant loan spells denied Zaha the time to develop and prove himself. The 27-year-old returned to the Selhurst Park on a permanent move in 2015.

Since then, Zaha has established himself as a key player in Roy Hodgson’s setup, attracting the interests of top clubs throughout the globe.

Last summer, Everton saw a £70m bid for the attacker rejected, with chairman Steve Parish holding out for £80m. Arsenal’s £40m bid was also turned off the table in the same summer. Napoli was also rumoured to be one of the interested parties for his services.

Recently, Zaha has been linked with a move to Chelsea. The deal also looks a lot likelier given that his agent Zahavi is said to have an excellent relationship with the Blues chairman Roman Abramovich.

It is said that Bayern could also move for the 27-year-old this month, but the transfer is likely to happen in the summer.

The Bavarians were in hot pursuit of Manchester City winger Leroy Sane last year. However, the interest has cooled after the German international suffered a long knee injury, compelling the Bavarians for other suitable options.