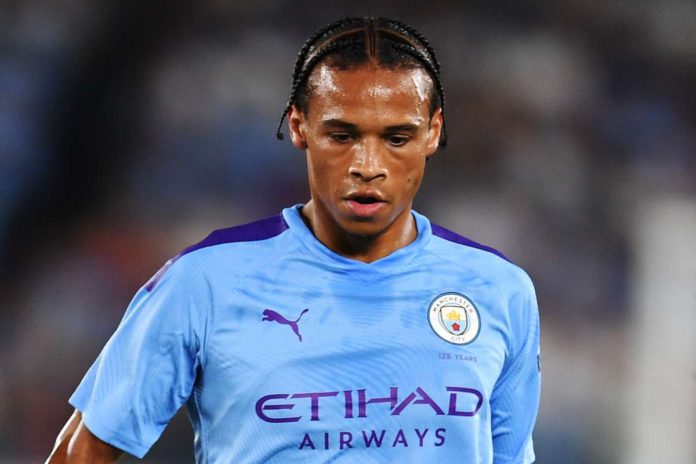 Bayern Munich is closing in on Manchester City and Germany forward Leroy Sane.

The 23-year-old is currently nursing a knee ligament injury he suffered in the Community Shield this August. He has been a long term target for the Bundesliga giants, who have been chasing him for over a year.

Bayern had been in hot pursuit of Sane this summer but dropped the chase after injury. The City forward, on the other hand, was keen to quit after being dropped for important games by Guardiola last season.

The Bavarians view him as the ideal man to fill the voids left by veteran forwards Frank Ribery and Arjen Robben, who departed this summer.

However, the deal was anything but close to completion this summer, with the Citizens demanding north of £135m for their talented forward.

Sane has 18 months left on his current contract at the Etihad and is no close to penning an extension.

Pep Guardiola has already reiterated his desire to keep the German. However, the Spaniard has also stated that he will let the 23-year-old leave if he doesn’t wish to stay.

Bayern Munich, who are currently seven points behind table-toppers RB Leipzig in the Bundesliga, are looking to add more firepower to their roster in January. With the potential acquisition of Sane, they plan to launch a fresh attempt to win what could be their eighth successive title this season.

His absence has also had a drastic effect on Pep Guardiola’s squad, with the defending champions languishing 14 points behind league leaders Liverpool. The City gaffer has also let known that ‘anything could happen’ in January, regarding Sane’s imminent future at the club.

Manchester City boss will face Oxford United in the Carabao Cup final next, as Bayern Munich gear up to take on SC Freiburg in the Bundesliga tomorrow.