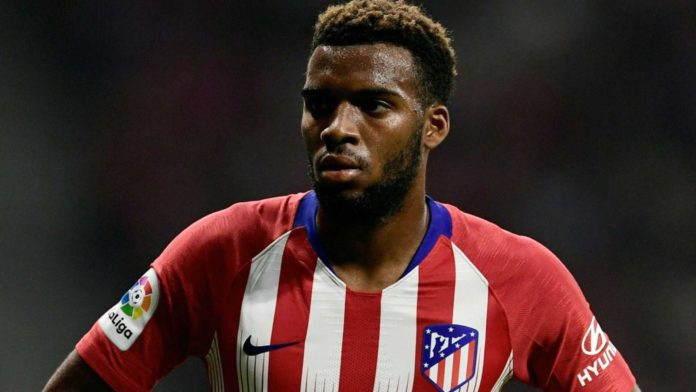 Arsenal is keen on signing Atletico Madrid’s Thomas Lemar, who is struggling to cement a place under Diego Simeone at the Wanda Metropolitano.

The Frenchman made a £63.m move to the Rojiblancos in the summer of 2018, following an impressive World Cup-winning campaign with the national team.

Lemar has found the net only three times in 64 appearances for Atletico Madrid, inviting criticism for his lacklustre performances. He has played only ten full games for the club, coming off the bench 23 times till date. He has a contract at the Wanda Metropolitano until the summer of 2003.

However, Atletico can hardly accept the high price they paid to sign the Frenchman; Arsenal is said to be monitoring the situation. Lemar was also a top transfer target for Arsene Wenger in his last days as the Gunners boss.

The Gunners recently appointed former player Mikel Arteta as their manager, following the sacking of Unai Emery in October. The Spaniard is said to be keen on improving the squad even after Arsenal spent a £111m to buy five players this summer.

Arteta is also keen on recruiting Wilfried Ndidi from Leicester City and Kevin Volland from Bayer Leverkusen respectively. Meanwhile, Napoli’s Dries Mertens has also been linked with a move to North London.

However, Arteta won’t be given that big an amount to spend in January. The 37-year-old also insisted that he was yet to discuss the transfer plans for January with the board and his staff.

“We had many other conversations,” confirmed Arteta.

“We have a meeting soon and some ideas but we have to put them together.”

Arsenal is currently preparing to face AFC Bournemouth on the Boxing Day, following their 0-0 draw against Everton at the Goodison Park last weekend.