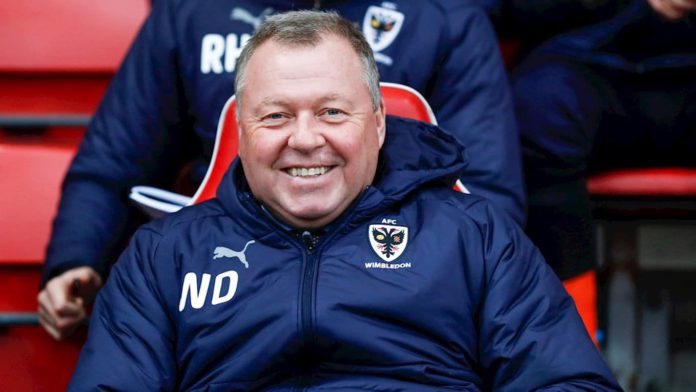 The League One club has suspended AFC Wimbledon manager Wally Downes after the Football Association charged him over bets placed on games.

Since December 2018 the 58-year-old has been responsible for the Dons.

“The FA has charged wally for misconduct in respect of eight bets placed on matches between 30 November 2013 and 12 July 2019,” the club said.

“Given the seriousness of this breach in regulations, the club has decided to suspend Wally with immediate effect.”

The Dons’ statement continued: “[This will give] time for the club and Dons Trust boards to look at the allegations more closely and make a further announcement in due course.”

The Downes side is 22nd in the third level, without a 10 matches win this season.

The club added that Saturday’s match against Peterborough United will be led by assistant manager Glyn Hodges and the remaining Downes coaching personnel.

Downes, former midfielder of Dons and former manager of Brentford, led Wimbledon to the last term of 20th.