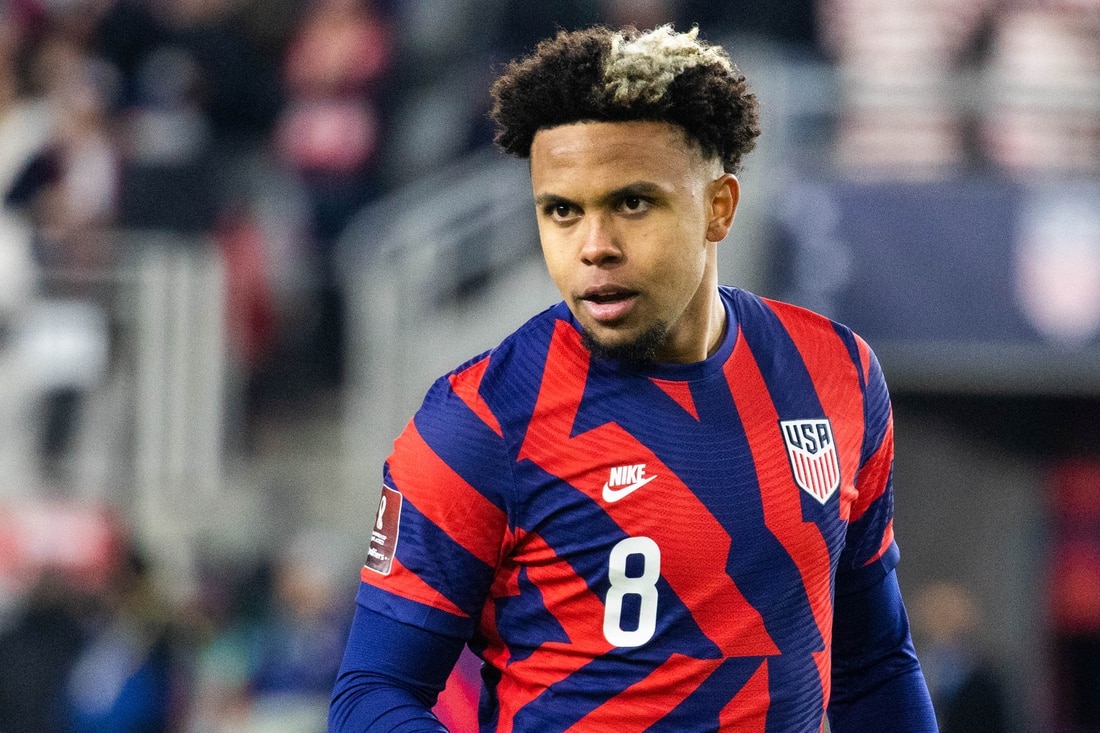 You have to acknowledge that it is a valid question, especially given the fact that McKennie appears to be constantly engaged in some activity.

During the month of June, he made an appearance at Ronaldinho and Roberto Carlos’ celebrity game in Miami, where he mixed it up with some of the sport’s most prominent stars from the past and the present.

To make up for the chaos that he caused at the Juventus training facility with his toy radio-controlled car, his new teammate Angel Di Maria added some sound effects from the Formula One racing series.

He has partied with his devoted followers, danced with infants, and made impossible baskets in competition.

While waiting in line for a haircut, he awkwardly stepped behind Paul Pogba, which gave social media its latest source of meme-worthy content inspiration.

McKennie is a showman both on and off the field, which is unusual in a world that expects players to follow the rules. He not only makes spectacular tackles, but also scores incredible goals, and then he casts a Harry Potter spell to celebrate.

He is someone who never fails to catch attention, and the reason for this is because McKennie is completely and unambiguously himself, regardless of whether this is for the better or for the bad.

It would appear that McKennie has not evolved as a result of the events that transpired over the past year, which caused him to experience the lowest points of his professional career. Although he is now older, he has not developed in any other way.

And so it is that today, with the World Cup and a crucial Serie A campaign on the horizon, we are getting a glimpse at a new and improved Weston McKennie who is, once again, still Weston McKennie.

He claims that joking around with other people is his happy area. “That’s like my happy space,” “That’s just the way I am by nature. Simply said, that’s the way I am. It’s fantastic that I can have teammates that are able to tolerate it and understand that it’s not me goofing off all the time and not taking things seriously. Having guys like that is a blessing. It’s just the way I am as a person.”

Over the course of the past year or two, McKennie’s life has not been entirely carefree and entertaining. As is the case with the vast majority of people who are 23 years old today, he has been compelled to engage in a significant amount of maturation over the past few years.

The most significant source of tension? That United States Men’s National Team suspension, which resulted in him being dismissed from the team for an infraction of the COVID-19 protocol.

He overcame that obstacle, regaining the faith of Gregg Berhalter and the rest of his teammates in the process. It was a mistake, a monumental blunder, but McKennie swiftly made amends for it, and he was reinstated to the starting lineup by the time that World Cup qualifying was over.

Within a few short months, he moved from being a golden kid to a pariah and then back to being a golden boy. However, the midfielder experienced a difficult period of time when they were separated from the team.

The days that followed the incident saw a furious pile-up on social media, with fans joining USMNT luminaries such as Landon Donovan in criticizing McKennie’s dedication and maturity.

Since he was a young player in Dallas, McKennie has been concerned about how others view him, both as a player and as a person. This anxiety dates back to when he was in Dallas. He freely acknowledges that criticism from others used to really get under his skin, and you can’t help but wonder if, in some sense, it still does.

When asked about how they deal with criticism in general, McKennie responds, “Before, I paid heed to it.” “When I was younger, for example, I was that kid who would sneak into TopDrawerSoccer using my mother’s login information in order to check out where I was in the rankings. I was paying attention to every single one of those things.

“At this point in time, it’s one of those situations in which, if I’m pleased, I’m happy. Because I am my harshest critic—and everyone who knows me well is aware of this fact—if I perceive that I am performing well in a given situation, then I conclude that I am succeeding in that endeavor. One thousand percent of the time, I’m my own harshest critic.

He continues by saying, “We don’t really try to pay attention that much to a lot of social media because one day it’s like, ‘They’re going to win the World Cup,’ and the next day, it’s like, ‘Are they even going to qualify?'” We are aware of our aims and targets; we are familiar with our priorities.