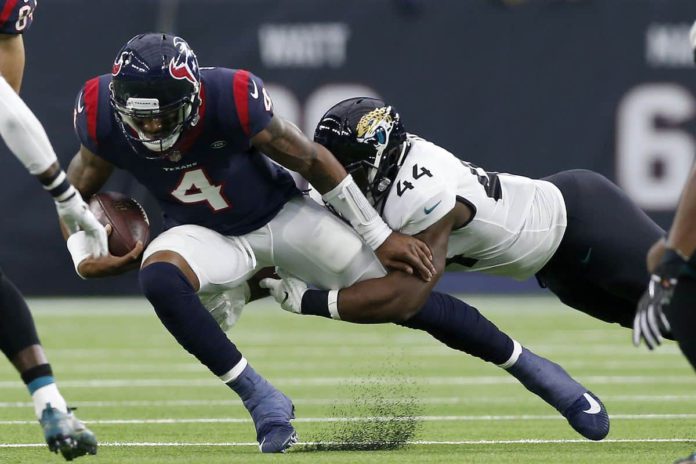 NFL captured London for final series of 2k19. The Houston Texans will go up against the Jacksonville Jaguars today at the historic Wembley Stadium in London, as part of this year’s NFL London Games. Kick-off time local timings are set for 2.30 pm, FOR ET 10.30 am, 7.30 am PT or 12.30 am AEST.

If you are in United Kingdom (UK) right now, then you can catch the game on BBC Two at free of cost.

If you are NFL fan, and confused, searching where you can watch the live stream of the match between the Texans and Jaguars. Then, don’t worry, we collect all the sources, and information where, and when you can watch the live actions of the NFL London. Either you are on mobile, Tablet, Desktop or TV, we have a source of every device, so you don’t miss any action from the match.

This NFL session for the Jaguars are not good in the starting, they lost back to back battles against the Chiefs, Texans Panthers and Saints as well.

But they get their form back against the Titans, the Broncos, the Bengals and Jets. With these wins, they bring their win to loss ratio to 4-4.

Where to watch a live stream of NFL London Texans vs Jaguars in the USA?

If you are living in the united states, then you can watch the Texans vs Jaguars Livestream on NFL Network.

If you are living in any other country other than the USA and United Kingdom, then you can catch the Game live through VPN.