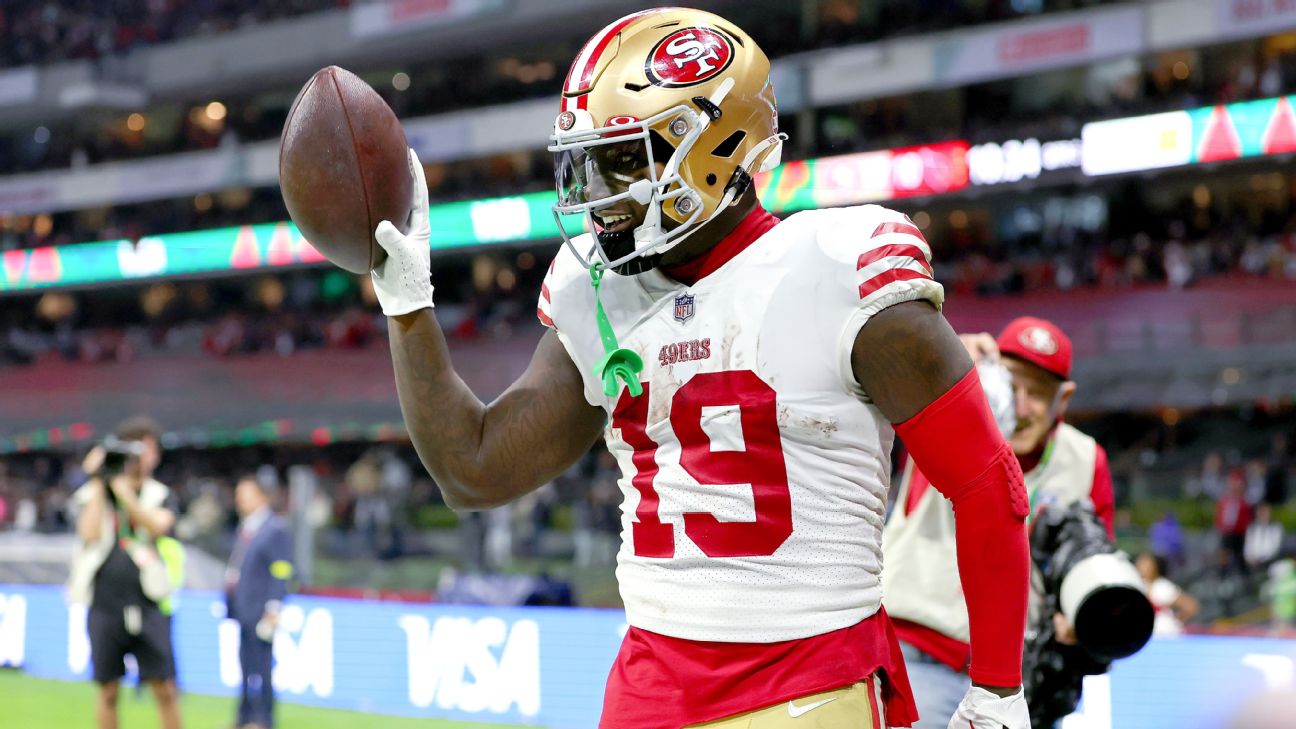 As they prepare to play their final game of the regular season, the San Francisco 49ers hope to have a full complement of playmakers available. Both running back Elijah Mitchell and wide receiver Deebo Samuel have been dealing with ailments, but both players are expected to return to the lineup for their respective teams soon.

Samuel, who has been sidelined since suffering injuries to his knee and ankle in Week 14, will no longer have an injury classification and has been given the green light to play against the Arizona Cardinals on Sunday. This is a pleasant surprise to the 49ers, as Samuel has been a significant contributor on offence for them thus far this year.

He has played in 15 games and has accumulated 54 receptions for 612 yards and two touchdowns. In addition, he has rushed for 228 yards and scored three touchdowns. Because of his ability to make plays both via the air and on the ground, the 49ers can utilize him in various roles on the team.

He was cleared to return to practise on Wednesday, and it is anticipated that the team will use one of its eight return-from-injured reserve designations in order to activate him either this week or for the playoffs. Mitchell has only participated in four games so far this season because of knee issues, but when he has played, he has been a productive player for his team. In his first season with the 49ers in 2021, he finished first in rushing yards with 963. So far in this season’s first four games, he has carried the ball 40 times for 224 yards.

The team also has a chance at the No. 2 seed if they win and the Philadelphia Eagles lose. Running back Christian McCaffrey will also be available for the 49ers, despite the fact that he missed practise earlier in the week due to ankle and knee issues. McCaffrey does not have an injury classification at this time.

Even though it is still unknown whether or not Jimmy Garoppolo will be able to participate in the postseason, the return of players like Alex Samuel, Mike Mitchell, and Christian McCaffrey will provide the 49ers with a formidable core of playmakers as they attempt to make a deep run in the playoffs.