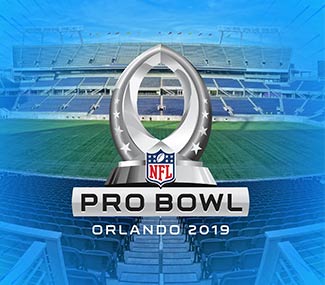 For three consecutive AFC (American football conference) maintained their place in a pro bowl. It was a wonderful play last night. American conference defeated NFC by 26-7 in the camping world stadium Orlando, Florida

In 2017 Pro Bowl AFC won but it was a low scoring game as compared to the prior seasons. Alex Smith and Dak Prescott kicked us off at quarterback for the AFC and NFC, separately in the second quarter. A quick recap of the second quarter reveals that Andy Reid was too optimistic about his play

In the latter part of the second quarter Drew Brees made the first entry for NFC on the scoreboard. In the early third quarter, Justin Tucker scored a 38-yard field goal and AFC up to (17). Tucker again scored after few minutes and made it (20). In the last quarter, NFC made their final move and reached 13 points. the final scores was only (20[AFC]-13[NFC].But, American jaguars made their way through

In 2018, again the AFC won all pros the final points was AFC(24) and NFC(23). Overall the match was never one-sided. Although, AFC all pros again attained the victory

The final score [26-7] clarify spell out that is was the easy money. The AFC lead all four quarters and two Most Valuable Players were selected Patrick Mayhems for his offensive game and Jamal Adams for defense. The victory was not easy, but Americans never lose grip over NFC pros throughout the game.

Despite this both of conference champs rams and patriots are will face each other on 3rd Feb in Mercedez Benz stadium, in Atlanta, Georgia