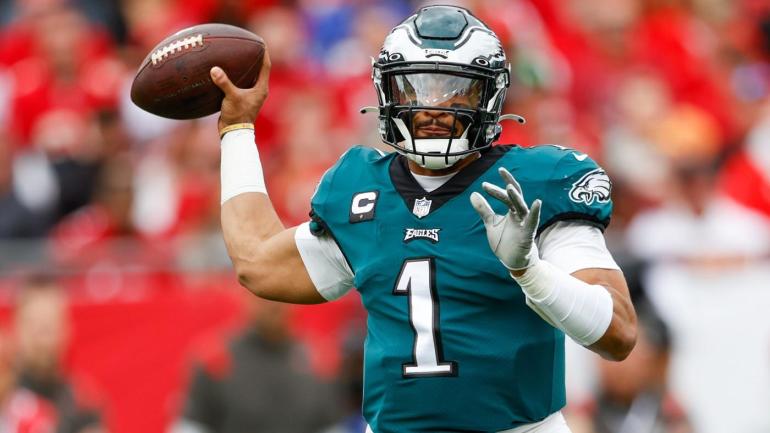 There are few few NFL divisions that are as unpredictable as the NFC East, which hasn’t seen a division champion win back-to-back titles in nearly twenty years. It is expected that the 2022 season will be equally as unpredictable within the East, as each of the four teams will have to address significant questions. The Cowboys, who are now in first place, made some changes to their dynamic offensive, the Eagles reloaded on both sides of the ball, the Commanders took a significant risk at quarterback, and the Giants cleaned house at the top as part of the beginning of a rebuild.

As the start of training camps approaches, here are three questions that need to be answered by each team before the beginning of the season:

2. Exists a sufficient amount (or a plan) at the receiver? Terry McLaurin is untouchable as the primary target, while first-round pick Jahan Dotson has received encouraging feedback before to training camp. However, Curtis Samuel is a significant wild card coming off of a disappointing season. If the remainder of this depth chart is any indication, it is very necessary for Scott Turner to devise a strategy that will allow the former Panthers utility guy to be utilised in the most effective manner. Emergence throughout the summer of promising young players such as Dyami Brown and Kelvin Harmon would be of great assistance.

3. Is the supporting cast up to the challenge? Although Washington is shelling out big money to secure Kendall Fuller and William Jackson III as cornerbacks, the team’s pass defence struggled early in 2021, and the safety position is still only partially staffed despite the fact that Bobby McCain and Kamren Curl have been pegged as the starting two. After using just two selections on Day 3 to address these areas, the Commanders need to be honest with themselves about their top group and may want to explore the possibility of making a trade for a presence-setter such as Jessie Bates III.