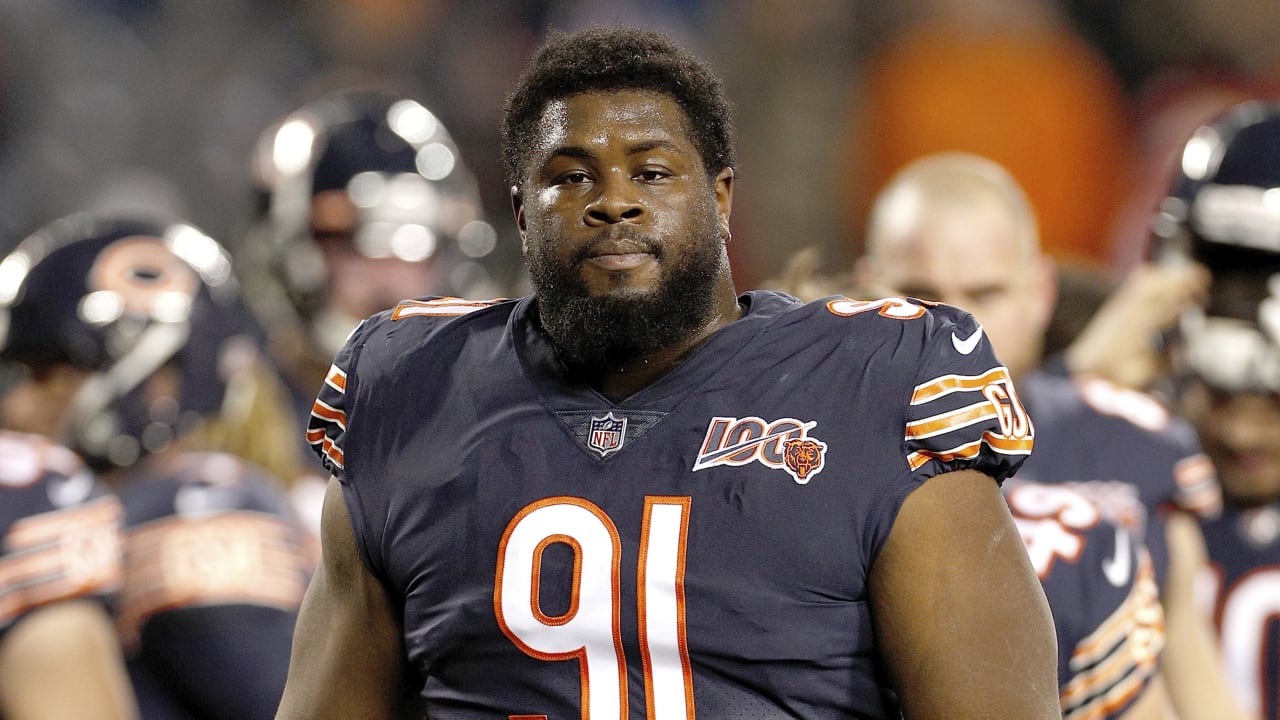 On Wednesday, the Atlanta Falcons strengthened their defensive line by adding an experienced player to the roster. Eddie Goldman was given a contract for a single season with the Falcons.

Safety In a move that was analogous to the last one, punter Dom Maggio and defensive back Brad Hawkins were let go.

Goldman, at 28 years old, spent the previous seven seasons with the Chicago Bears before being let go in advance of free agency. Over the course of his career, the defensive lineman started 73 of the 81 games that Chicago participated in. He finished with 175 combined tackles and 13 sacks. Goldman was released by the Bears with one year still remaining on the contract that he had signed with the team in 2018, which was for a period of four years.

This is the first former Bears general manager and current Falcons senior personnel executive Ryan Pace has been involved with the organization’s signing of a former Bears player. He is the most recent former Chicago player to be signed by Atlanta during this offseason. Running back Damien Williams, receiver Damiere Byrd, offensive lineman Germain Ifedi and Elijah Wilkinson, and linebacker Nick Kwiatkoski are some of the other players on the team. Bears general manager Ryan Pace made the selection of Goldman in the second round of the 2015 NFL Draft.

In addition to Grady Jarrett, Anthony Rush, Vincent Taylor, Marlon Davidson, and Ta’Quon Graham, the experienced defensive lineman will be a part of the Falcons’ front line.