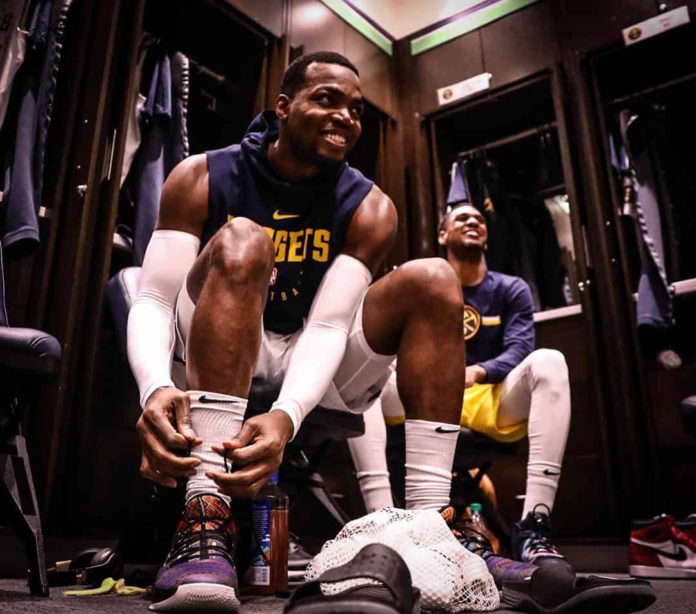 Timberwolves are leading with 64 to 61 at the half time”

Minnesota Timberwolves Preview
In their last game, they flicked their two-game losing bar by winning at home against the Grizzlies with a 99-97 score in overtime, not beating the odds. Minnesota Timberwolves have a 25-26 record 26-25 ATS are presently sit in the 11th place of the West.
They are escorted in scoring by Karl-Anthony Towns with 22.6 ppg, including a team high 12.1 boards per game. After him, Derrick Rose with 18.6 ppg and 4.7 dimes per game.

Denver Nuggets Preview
Denver Nuggets have an inventory of 28-23 ATS lately this season. They have won seven out of their past eight matches and in their last game they won at home against the Rockets with a 136-122 score, beating the odds. Stands second in the west.
Nuggets Nikola Jokic with 20.4 ppg, adding team highs both in dimes made with 7.7 and in boards grabbed with 10.4 per game. He is followed by Jamal Murray with 18.5 ppg, 4.4 boards and 4.9 dimes per game but he is out because of an injury.
Past games of Nuggets vs Timberwolves
Nuggets won on the road with a 101-103 score in their last clash. Wolves have a 17-9 home record, whereas the Nuggets are 13-11 on the road.
Betting Odds
Both teams score exactly 111.5 ppg offensively, while Nuggets are better defensively, allowing 105.8 ppg to Wolves’ 111.3. They also have better percentages both in field goals 47% to 44.7% and in 3-pointers 35.4% to 35%. Nuggets are also better both in dimes made 27.2 to 24.4 and in boards grabbed (46.8 to 44.9), while both teams are almost identical in turnovers committed 12.7 to 13.
Predictions
Denver Nuggets vs Minnesota Timberwolves Nuggets are the priority and Vegas odds give them a -1 spread and predict them to beat the odds for the road win tonight. Prediction: Denver Nuggets -1 (-108)