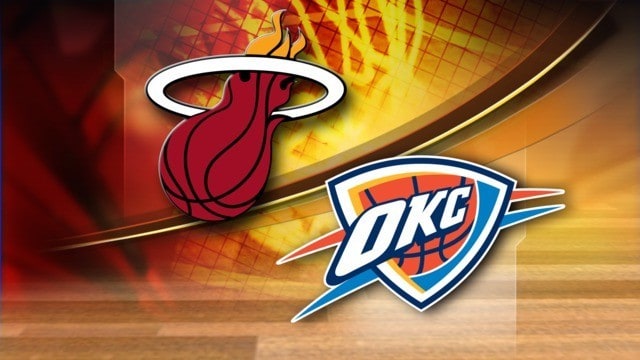 Miami Heat and Oklahoma City Thunders stand against each other in their next match to be held on 1st February at American Airlines Arena, Miami, Florida.

Paul George is recording 27.3 points average and eight rebounds while Russell Westbrook is recording 21.7 points and 10.8 assists. Dennis Schroder is the 3rd double-digit scorer and Steven Adams is grabbing 10 rebounds.

Josh Richardson is averaging 17.3 points and 3.8 assists while Dwyane Wade is averaging 13.8 points and 4.3 assists. Hassan Whiteside is the third double-digit scorer and Justise Winslow is grabbing 5.3 rebounds. Tyler Johnson led the team with 15 points in the loss.
Miami is 11-13 ATS at home this season while the over is 13-11 in those games. The Miami Heat are shooting 35.3 percent from beyond the arc and 68.9 percent from the free throw line. The Miami Heat have burst their last eight home games.

Oklahoma City Captain Steven Adams (ankle) and G Terrance Ferguson (back) are both expected to play in this game. These two teams rank in the top eight in defending, so the under is worth seeking. The stronger play is on Miami to score the upset. Final Score Prediction is in favor of, Miami Heat win and cover ATS 109-105.