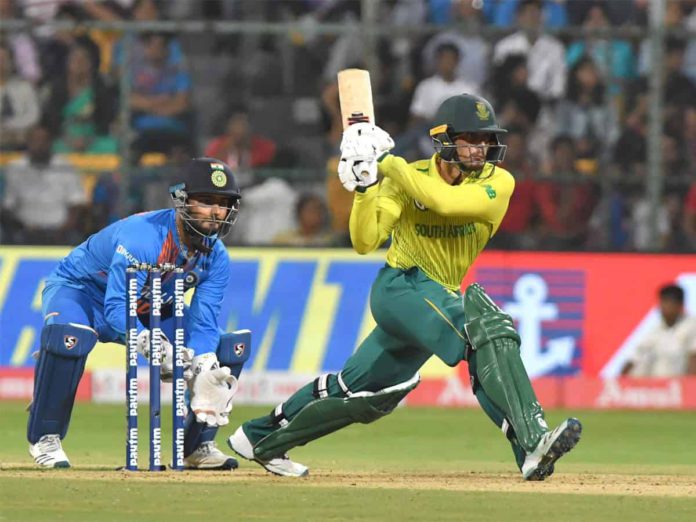 South Africa defeated India by 9 wickets in the last match of the T20 series, thanks to a stormy half-century knock by captain Quinton de Kock. The bowlers of the team also contributed to this victory. The South African bowlers had stopped the Indian team for just 134 runs to bat first.

In response, the South Africa team achieved the target of winning in 16.5 overs by losing just 1 wicket. Captain Dickock scored a match-winning 79 not out off 52 balls for South Africa. This was Dickock’s second consecutive half-century in the series.

The 9-wicket defeat by the Indian team to South Africa in Bengaluru is the biggest defeat against them in terms of wickets. Earlier, the Proteas team had won India by 7 wickets in 2015.