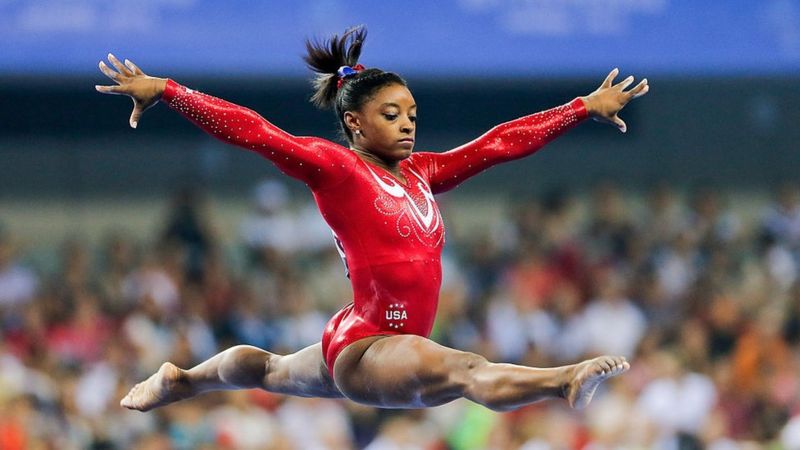 The Tokyo Games will be the first in 17 years without the two recent Olympic giants: Jamaican sprinter Usain Bolt (winner of 9 gold medals) and American swimmer Michael Phelps (with 23 gold medals).

But there are several elite athletes who have not only distinguished themselves in previous Rio 2016 games but have also largely dominated their sports in recent years.

Check out five athletes who could establish themselves as Olympic stars in Tokyo 2020.

Even before stepping into the center of Ariake — where the artistic gymnastics tests will take place starting on July 24 — Simone Biles is already the queen of these Olympics.

And although she is considered by far the best gymnast in history, Biles doesn’t rest.

The story of this Venezuelan triple jump is one of struggle.

Born in Caracas and raised in Puerto la Cruz, the 25-year-old won the silver medal in the triple jump at Rio 2016. Her growth in recent years makes her the favorite to be crowned queen not only of her specialty, but also of the vault in distance.

Despite facing the Colombian Catherine Ibarguen (Gold Medal in Rio), her trajectory places her as the favorite for gold.

No woman in history has won more medals than her in the 100 meters. She won gold in Beijing 2008 and London 2012 and although in 2016 she failed to win the third title — she finished third — the truth is that, with her 2019 Doha World Cup triumphs, she is once again at the top of the rankings. bets.

In addition, she will likely put another medal on her chest alongside her teammates in the nearly unbeatable 4×100 meter relay team.

Her ability to maintain dominance in the 100-meter dash during this time has led her to stardom on the tracks, where she often surprises with her constant changes in hair color.

In Tokyo, she can equal the men’s record: winning the Olympic gold medal in the 100 meters speed three times, just like her compatriot Usain Bolt.

And now the country can see a single athlete of theirs win their third consecutive gold medal. This is BMX runner Mariana Pajón, who has already climbed to the top of the podium in London 2012 and Rio 2016.

She was the first Latin American to win two gold medals in an individual sport.

Although in recent years she has suffered several injuries that kept her away from the tracks, the truth is that the postponement of the Games worked in her favor: in May she won a victory in one of the Supercross BMX races and this makes her the favorite to get the third medal of gold.

The world number two tennis player made headlines around the world last May when she decided to withdraw from Roland Garros amid her refusal to speak to the press during the tournament.

Osaka explained that he made his decision based on his mental health and revealed that he had “long periods of depression”. In a statement, the tennis player said she felt “huge waves of anxiety” before speaking to the press.

However, Osaka confirmed her presence at the Tokyo Olympics (she refused to attend Wimbledon to concentrate on the Olympics). Although she grew up in the US (and has an American passport), the tennis player was born in Japan and also has Japanese citizenship, which makes her the biggest star of the host delegation.

Osaka, who has won four Grand Slam tournaments, is one of the favorites for gold in women’s tennis alongside Australian world number one Ashleigh Barty.