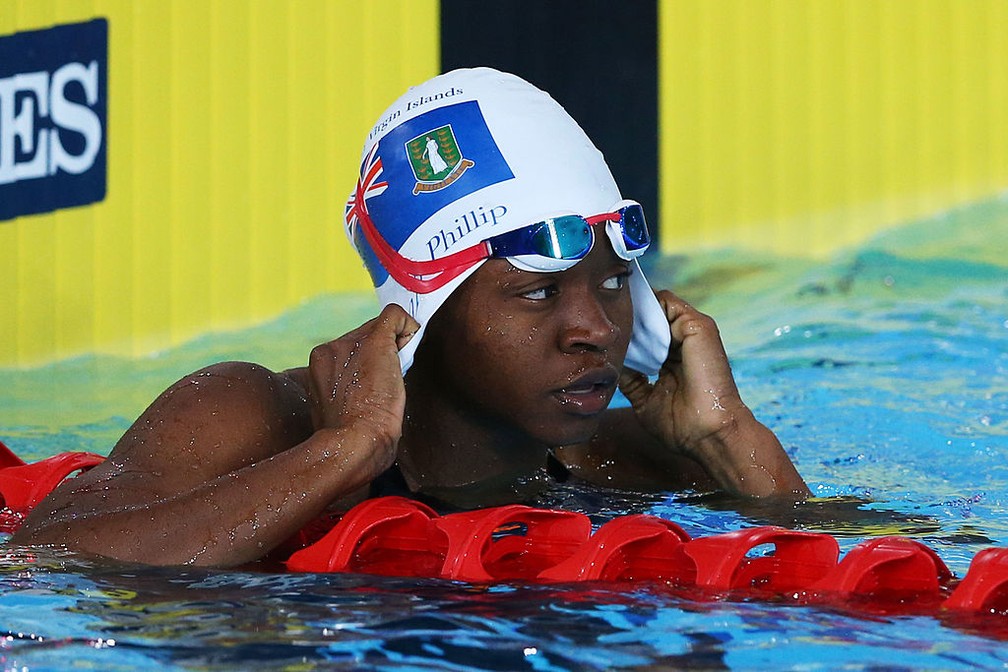 Dean Greenaway still remembers the British Virgin Islands’ first foray into an edition of the Olympics. The year was 1984, and the whole atmosphere of Los Angeles enchanted the then 25-year-old sprinter. He and eight other athletes represented the country in two sports, athletics and sailing.

The youngster had the best result of the islanders, with fifth place in his series in the 400m qualifiers. Greenaway left the North American metropolis full of dreams. I wanted to stay involved in the Olympic environment, try to get attention and one day – who knows? – see a spot put a medal on his chest.

After 37 years of that pioneering journey, the former athlete achieved some attempts. He became General Secretary of the British Virgin Islands National Olympic Committee, went to more editions of the Olympics, and saw talent emerging in disciplines other than athletics and sailing.

One mission, however, Greenaway, now 62 years old, has not yet been able to fulfill: to see a Virgo athlete step onto the podium at the greatest sporting event on Earth.

The fasting of Olympic medals is not exclusive to the Virgin Islands, a country with just over 30,000 inhabitants and whose capital has about a third of that. In all, 72 nations that are part of those recognized by the IOC (International Olympic Committee) have never felt the satisfaction of listening to the national anthem at an awards ceremony.

Generally, the “non-medal” wing comprises small nations with little tradition or sports structure. Among them are Bolivia, Honduras, Albania and Andorra.

Interestingly, for athletes from these countries, the measure of success in events such as the Olympics is not given by medals. But for other beacons.

– It’s not about medals. It was never about that. When I swim, I want to inspire younger generations, especially young black people. We don’t see many blacks in swimming in general. I lived in the UK for a long time as a child and it was shocking to see that my sister and I were the only black women who trained. I want people to turn on the TV and see “look, there’s a black woman over there by the pool”. That would be more than enough for me – said swimmer Elinah Phillip, 21, who will compete in the 50m freestyle in Tokyo.

Elinah shouldn’t aspire to semifinals or finals in Japan, but the mere fact of participating in her second edition of the Olympics (she was at Rio 2016) is quite an achievement. There are no 50m pools, the footage used at Olympic Games and World Aquatics Championships in the British Virgin Islands. Only of smaller sizes, which made the swimmer go abroad for development – she currently lives in Miami.

And even life in the only global superpower hasn’t been easy lately. The reason was the new coronavirus pandemic.

– I was out of the water for eight months because of the spread of Covid-19. I tried to find places to train, I jumped from pool to pool, but for a long time things were closed. That’s why progress is my goal in Tokyo. Improving is my medal – commented.

To date, the best, the biggest highlight of the Virgos at the mega-event was Tahesia Harrigan, by the way, the first woman there at the Games. The sprinter won the only major international medal, with a bronze in the 60m at the 2008 indoor World Championships in Valencia.

– I wanted to win, compete and represent my country the best I could. Show people that no matter how small we are, or how much more remote we are, if you put in the effort you can become an inspiration to someone and leave your mark – he noted.

Now, in Tokyo, she is the head of the mission for the three athletes who will compete. In addition to Elinah, whom she praises, Kyron McMaster (400m hurdles) and Chantel Malone (long jump) are also in the Japanese capital.

– Even if Elinah doesn’t win, she’s already a winner. Getting better even after being out of the water for eight months is a victory. I am very hopeful for best personal marks and podiums – said Tahesia, 39 years old.

When talking about the podium, the mission chief doesn’t exaggerate. There is a great expectation that the fast will finally fall. That’s because McMaster has the fourth best time in the world in the 400m hurdles this season (47s50) and will fight for a medal with a Brazilian, Alison dos Santos.

In addition to the Virgo and the Brazilian, two other stars of world athletics are currently in the competition: the Norwegian Karsten Warholm, current record holder (46s70), and the North American Rai Benjamin. In other words, getting onto the podium will not be exactly easy. But, for those who could never have such a real dream of a medal, it’s already a big deal. Generally, the most peripheral countries get Olympic places through quotas of the international sports federations.

Mainly for those who saw the Olympic dream born in that remote year of 1984.

– This is the first time that we have a condition, truly, to go to the podium. Or, at least, competitors make relevant marks in their sports. We have never been in a position like this and, in a general perspective, this is already a team that makes history – said Dean Greenway.