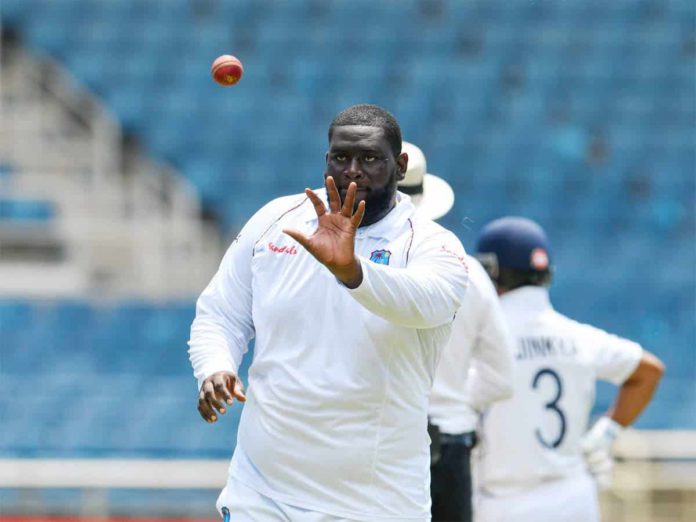 Rahkeem Cornwall, a 26-year old from Antigua, became the heaviest man ever to play test cricket when he made his debut for the West Indies in the second test of the series against India.

Cornwall, who tips the scales at 140kg (22.01 stone), enjoyed his big day by taking a wicket and completing two catches, while India compiled 264 for five.

The off-spinning all-rounder beat the previous record held by the legendary Australian captain on the early 1900s, Warwick Armstrong, who weighed between 133 and139 kilograms in the final years of his career from 1918 to 1921.