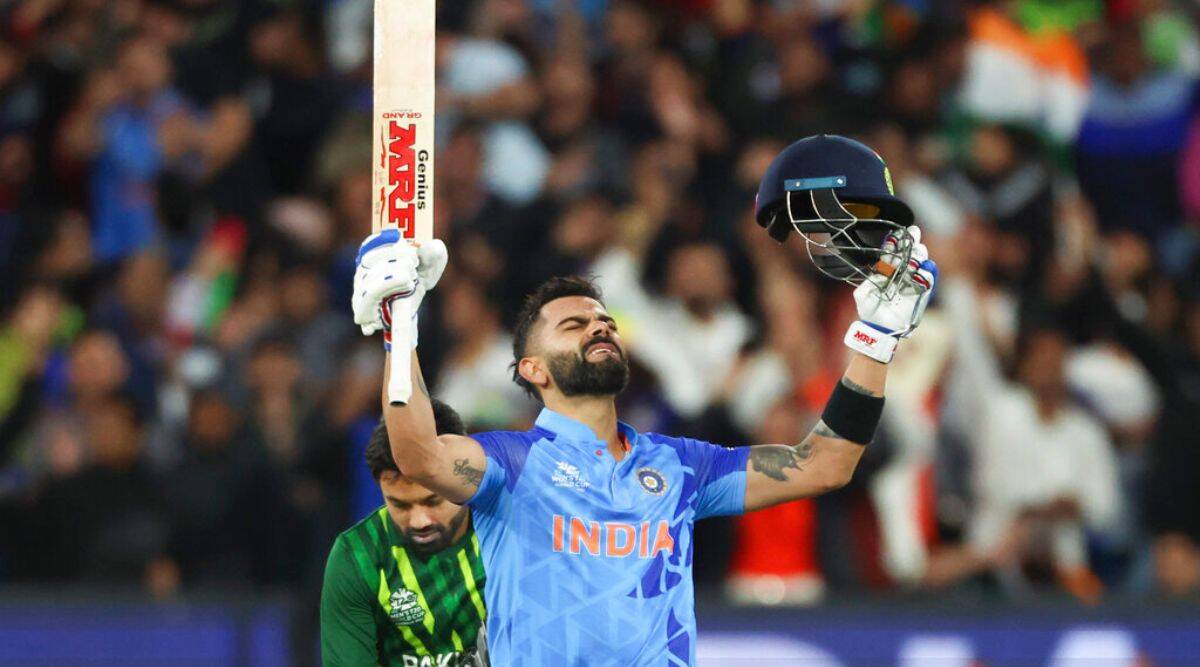 Virat Kohli, the star batter for Team India, shone brightly as he remained undefeated on 82 runs to lead his team to a dramatic five-wicket victory over Pakistan in the opening game of the Twenty20 World Cup in Melbourne. The match was played between India and Pakistan.

During the course of his unbroken 82, Kohli hit six fours, four sixes, and six total boundaries as India chased down a target of 160 runs in exactly 20 overs. Ravichandran Ashwin scored the runs that won the game for India; when his team needed a run off the last ball of the contest, Ashwin lofted Mohammad Nawaz’s final delivery of the match over mid-off to win the game for the Indian team.

In spite of the fearsome Pakistan pacers, India did not strike a six till the beginning of the 19th over. It was highly improbable for India to buck that uncommon pattern when they faced off against Haris Rauf, who was the finest bowler of the day.

The first four balls did not even reach the boundary, but then on the final two balls, Virat Kohli smoked two sixes to tilt the match in India’s favour. This was the turning point in the contest.

Kohli likened this innings to the one he played at Mohali, where he scored 82 runs off of 52 balls. Even though he played more balls in this game, he ranked it higher on his list of memorable experiences because of the stakes involved.