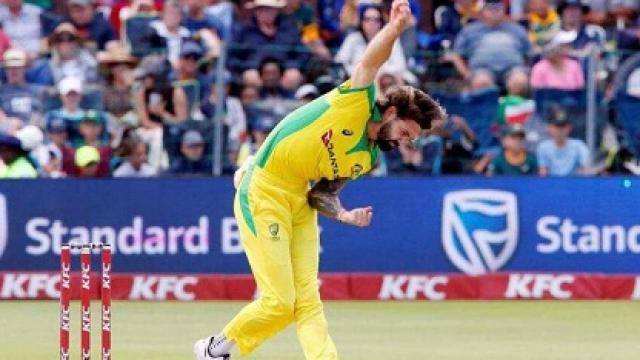 Ken Richardson, an Australian fast bowler, and member of Virat Kohli’s IPL team Royal Challengers Bangalore has been tested for coronavirus. The report has not come yet. But Cricket Australia has removed Richardson from the team as a precaution, given the safety of the rest of the team’s players. Due to this, he is not playing in the match against New Zealand today. It is being told that Ken Richardson had a sore throat and a sore throat after coming back from the tour of South Africa, after which he has been tested.

Apart from this, Australia’s women’s cricket team’s tour of South Africa has been postponed due to the threat of Corona. The ODI series between Australia and New Zealand will be according to the predetermined schedule while there is no entry of spectators in the stadium.

Foreign players can join IPL teams even after visa restrictions

Richardson is currently under the supervision of doctors. On this whole matter, Cricket Australia medical staff has said that our medical staff is currently treating them. He has been separated from the team and all others according to Australian government regulations. Once Richardson’s Test report comes, then if all goes well, then he can join the team again. Sean Abbott is currently included in the squad in place of Richardson.