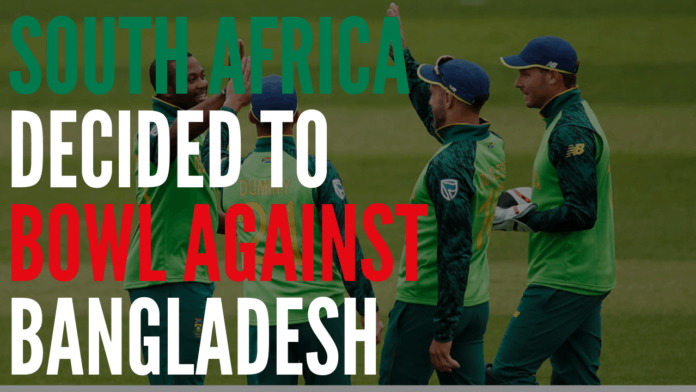 The 5th World Cup is being played between Bangladesh and South Africa on Sunday at the London Oval. African captain Faf du Plessis won the toss and decided to bowl. Bangladesh opener Tamim Iqbal has been included in the team. They were declared fit before the match. This is 100th ODI of South Africa’s Imran Tahir.

This is the second match of South Africa. He had to face defeat against England in the previous match. The Bangladesh team will start their journey in this World Cup. Eight years between the two teams are being played in the World Cup. Earlier, both teams were in Dhaka in 2011. Then South Africa defeated Bangladesh by 206 runs.