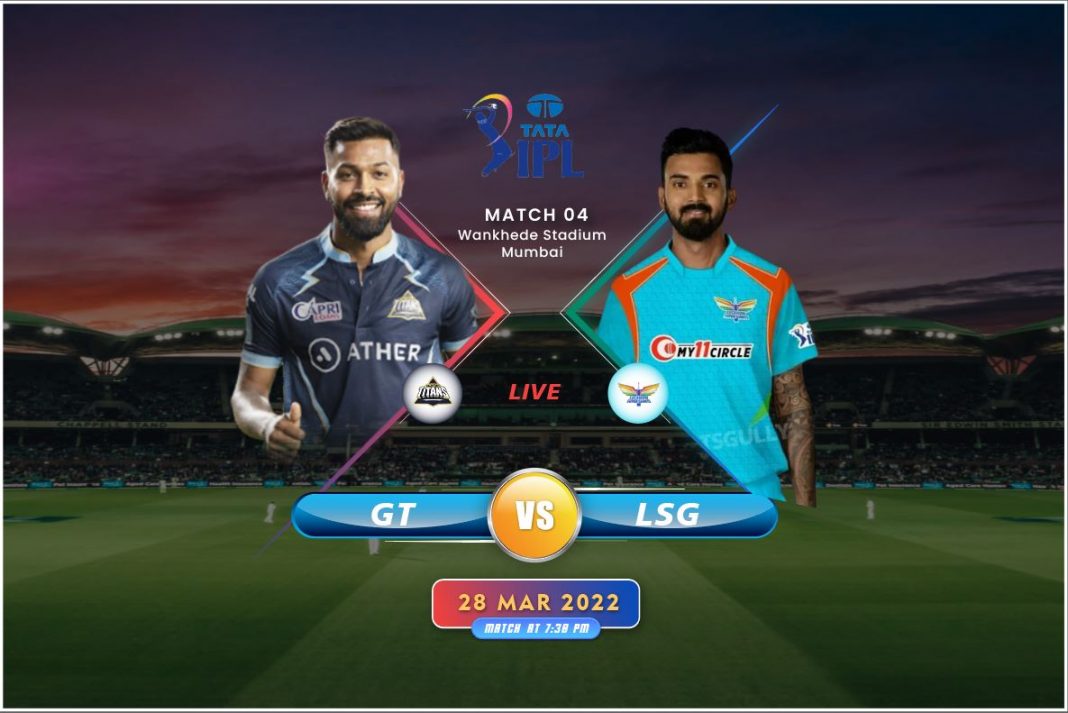 In the 15th season of the Indian Premier League, two new teams, Lucknow Super Giants and Gujarat Titans will face Mumbai’s Wankhede Stadium from 7:30 pm today. Both these teams have been included in the IPL for the first time and the captains of both teams KL Rahul and Hardik Pandya will go on the field to prove their supremacy. These two captains not only have the responsibility of getting better performance from their respective teams, but they will also try to prove themselves in front of the established teams. KL Rahul has captaincy experience as he has captained Punjab before, while Hardik Pandya has no experience of captaincy in IPL.

Talking about Gujarat, Shubman Gill and Rahmanullah Gurbaz can open the innings for this team. By the way, bowlers can get bounces at the Wankhede Stadium, due to which they have to be careful. Captain Hardik Pandya will be responsible for Gujarat’s performance and has a lot of experience playing for Mumbai Indians at the Wankhede Stadium. Hardik, the maestro in hitting sixes, will have to come up higher in the batting order. Similarly, Rahul Teotia will also try to prove himself. All-rounder Vijay Shankar will also be important for the team. In the bowling, Mohammed Shami will lead the team. He would like to cement his claim for selection in the World Cup squad to be held in Australia at the end of the year on the basis of his performance. Leg spinner Rashid Khan is also a match-winner player who also enjoys bowling at the Wankhede Stadium.

The opening pair of the Lucknow team, captained by KL Rahul, is superb. It stars Rahul himself and Quinton de Kock will play alongside him. Both are also tech-savvy and have all kinds of shots. There are excellent all-rounders in the middle order like Deepak Hooda, Krunal Pandya and West Indies’ Jason Holder. Manish Pandey’s experience will also come in handy in the middle order. The team’s bowling attack will be led by Indore pacer Avesh Khan, while Ravi Bishnoi will handle the spin.