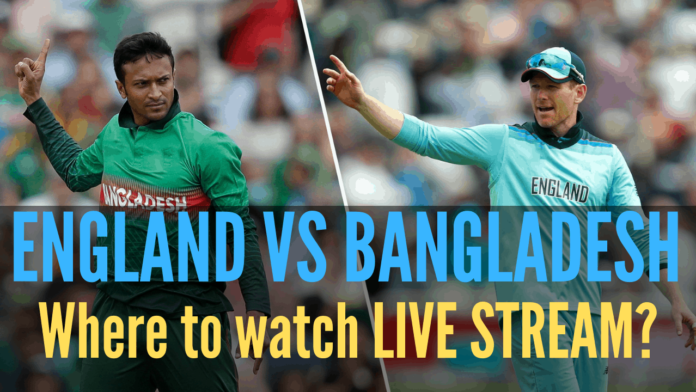 England, which is considered to be the world number one and the biggest contender to win the World Cup this year, will face Bangladesh on June 8. England had lost to Pakistan, which was considered weak in their last match. The effect of which will be clearly on the morale of the team.

At the same time, Bangladesh had won its first match against South Africa. However, in the second match he was defeated against New Zealand but the team impressed everyone with his performance. Although host England is a strong team but it should not make the mistake of considering Bangladesh as weak.

The match between England and Bangladesh is to be played in Cardiff’s Sofia Gardens. This is the ground where fast bowlers have got a lot of help till now. Will England’s bowling attack blow the Bangladeshi batsmen into smoke or will the green pitch make England’s batsmen difficult?


Learn when and how you can see this match:

When will England vs Bangladesh match?

The 12th match of the World Cup 2019 will be played between England and Bangladesh on June 8 (Saturday).

Where will this match be played in England vs Bangladesh World Cup 2019?

The 12th match will be played at Cardiff’s Sofia Gardens Stadium.

Where can we watch England vs Bangladeshi World Cup 2019 match?

You can watch this match live on the channels of Star Sports Network. The match for Hindi commentary can be seen on Star Sports Hindi.

Where is the online live streaming of England vs Bangladesh World Cup 2019 match?

You can watch online live streaming of the match on Hotstar.