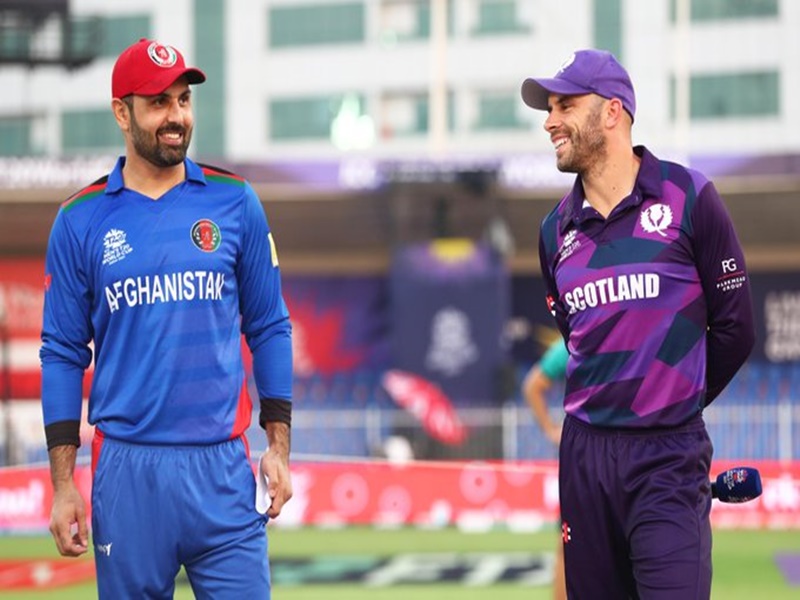 Afghanistan beat Scotland by 130 runs in the 17th match of the T20 World Cup. Playing first after winning the toss, Afghanistan made 190/4. Najibullah Zadran scored (59) off 34 balls. Scotland had a target of 191 runs to win the match, but the entire team showed a shameful game and were all out for 60 runs in a game of 10.2 overs.

Not a single player from Scotland could show the courage to stand on the wicket. Four players got out for 0 and returned to the pavilion. This was Afghanistan’s 7th consecutive win against Scotland in T20 Internationals. In the victory of the team, Mujeeb ur Rahman took 5 wickets while performing a memorable performance.

Chasing the target, Scotland got off to a good start. In the first three overs, the team scored 27 runs for no loss. Mujeeb Ur Rahman got the first blow to the team by dismissing Kyle Coetzer (10). On the very next ball, Mujeeb got Callum McLeod for 0, giving Afghanistan a second breakthrough. Mujeeb could not take a hat-trick but in the same over, he dismissed Richie Berrington for 0. In the very next over, Naveen-ul-Haq sent Matthew Cross to the pavilion for zero.